Is Your MLS Policing Your Listing Photos? 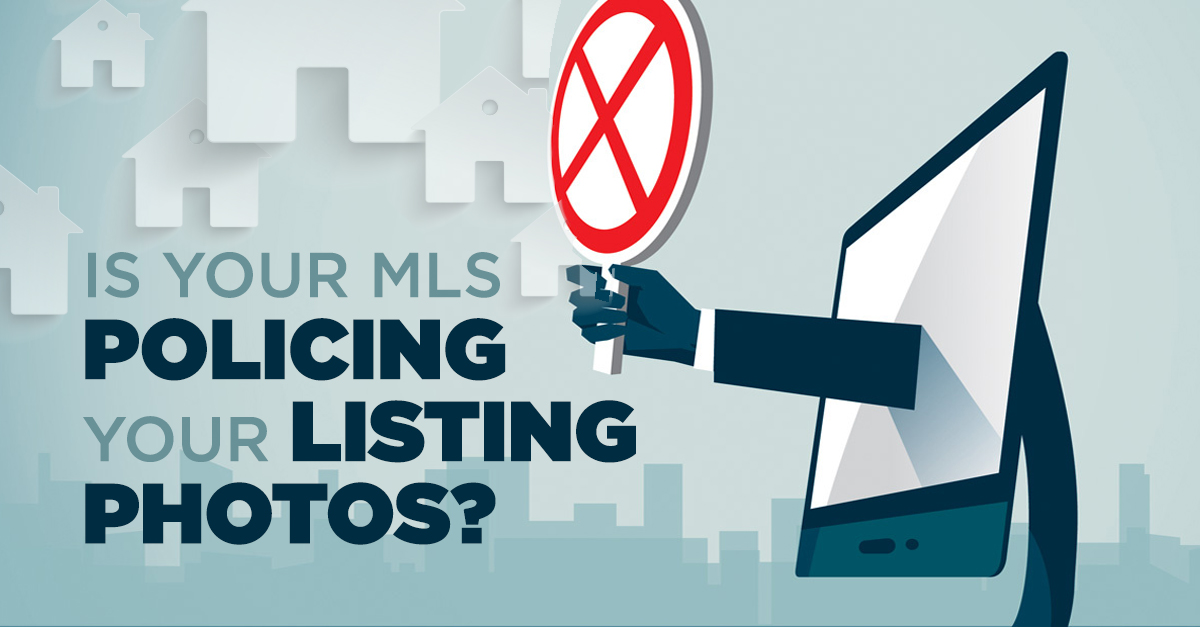 In response to a number of salacious listings featuring people in the pictures, some MLSs and other real estate groups are developing guidance for removing potentially offensive content.

Kristin Gyldenege’s provocative listing for a $200,000 property, which featured photos of scantily clad fitness models performing household chores in the home, became an overnight sensation last fall and earned 20,000 views in 24 hours. Then it earned national headlines—after a large real estate portal took the listing down.

Gyldenege, a sales associate with Home Pros Real Estate Group in El Paso, Texas, says she was in disbelief when HAR.com—the online home of the Houston Association of REALTORS®, which also serves as a statewide property search website—removed the listing. “These days, we’re all doing these tricks of the trade to get attention for our listings: baking cookies, adding scented candles, and playing music to appeal to buyers’ senses,” Gyldenege says. “Why can’t I advertise a house this way? There was no nudity. It wasn’t hurting anyone. I showed nothing more than a Victoria’s Secret ad [would].”

HAR said in November that it removed Gyldenege’s listing after fielding more than 100 complaints about its content. Now MLSs around the country may find that they have to police the appropriateness of listings uploaded to their sites as more real estate professionals endeavor to gain publicity by pushing the envelope.

In another example earlier this year, the MLS serving the Philadelphia area removed some photos of a $750,000 home showing a sex dungeon in the basement. The listing agent, Melissa Leonard, ABR, a sales associate with Coldwell Banker Preferred in Blue Bell, Pa., says her client was selling the home along with bondage gear in the basement, so she strived to represent the property as realistically as possible. Leonard says the MLS told her the frisky photos depicting the basement violated MLS policy.

A Loose Framework for MLS Policies

Individual MLSs have the discretion to create local rules around content appropriateness and can unilaterally decide which photos they deem offensive, says Rodney Gansho, director of engagement at the National Association of REALTORS®. NAR doesn’t have a specific policy regarding listing photo content or the use of models in photographs. However, MLSs need to have any proposed rules reviewed by their legal counsel to determine whether the rules comply with applicable local, state, and federal laws.

REALTORS® in some areas of the country are helping MLSs develop policies around listing content. The California Association of REALTORS®, for example, has suggested rules and regulations for MLSs to address content appropriateness. MLSs in the state, according to CAR’s rules, can “unilaterally remove objectionable content. … The MLS has the right, but not the obligation, to reject, pull down, restrict publication of, access to, or availability of content the MLS in good faith considers to be obscene, lewd, lascivious, filthy, excessively violent, harassing, unlawful, or otherwise objectionable.”

Midwest Real Estate Data, one of the nation’s largest MLSs based in the Chicago area, recently announced the use of a new artificial intelligence tool that, among other features, could help identify offensive imagery. MRED has partnered with Restb.ai, an AI company specializing in real estate, which offers a compliance tool that will automatically flag certain photos soon after they’re uploaded to the MLS. “MRED’s partnership with Restb.ai will allow 100% of images uploaded to the MLS to be scanned,” the MLS told REALTOR® Magazine in a statement. “Our compliance team can then reach out to agents who uploaded a noncompliant photo before the image circulates and let them know to remove the image.”

Is Risqué Worth the Risk?

For some real estate agents, racy photo shoots have paid off with thousands—even millions, in some cases—of online views of their listings. But for others, salacious listings have backfired and forced them to publicly apologize.

LJ Hooker, an Australian real estate firm, captured international headlines in April after releasing a promotional video of one of its listings, which featured professional dancers performing sexy choreography throughout the property tour. The video, which critics called “a disgrace to the industry,” “off the rails,” and “raunchy,” has drawn more than 1.6 million views on YouTube. LJ Hooker released a statement over the controversy, saying the company “missed the mark” with the video. “We understand that our recent video circulated on social media promoting one of our listings may have been taken out of context by some, and for this, we apologize,” the statement read.

But then came a 23-year-old buyer who, after watching the video online, offered $1.7 million in U.S. currency to buy the home. Sam Nader, the listing agent, told media outlets that the sale price was higher than he originally hoped.

So does the advertising mantra “sex sells” really work? An analysis of 80 advertising studies published over more than three decades suggests that while ads with sex appeal are more memorable, they don’t always translate to more sales. “We found that people remember ads with sex appeal more than those without, but that effect doesn’t extend to the brands or products that are featured in the ads,” notes University of Illinois advertising professor John Wirtz, the lead author of the research. The findings were highlighted in a 2017 paper published in the International Journal of Advertising. In other words, risqué ads themselves are memorable but don’t necessarily inspire greater consumer loyalty to the brand.

Nevertheless, listing photos meant to shock or surprise are popping up more regularly. Some listings have centered more on the silly than the sexy. For example, several agents have dressed in costume—including inflatable dinosaurs, unicorns, and pandas—to model a home for listing photos. Gyldenege wonders why such listings are appropriate compared to hers. “I figured if you can put a dinosaur costume on and that’s going to go viral, why can’t I put attractive people in mine?” she says. “I can’t visualize myself in a house in a dinosaur costume. So, I used real people in real-life situations in my photos. I wanted [buyers] to envision themselves in the home.”

Gyldenege says that despite the backlash to her listing—which she said mostly came from within the real estate industry—she doesn’t regret her marketing angle. She says she thought the photos would drum up interest among twenty- and thirty-something first-time home buyers. The listing attracted several offers on the home, even though they were slightly lower than the $220,000 asking price. Gyldenege says the seller ultimately decided to take the home off the market after a change in personal circumstances.

“Absolutely, the publicity was worth it, and I have no regrets at all,” Gyldenege says. “My ultimate goal is, of course, to sell the house. But prior to that, my goal is to get that house in front of as many people as possible. After I uploaded the photos, the traffic for showings increased exponentially—from none to 30. I hit my goal.”

Here Are 4 Easy Ways to Improve the Quality of Your Listings
January 3, 2020