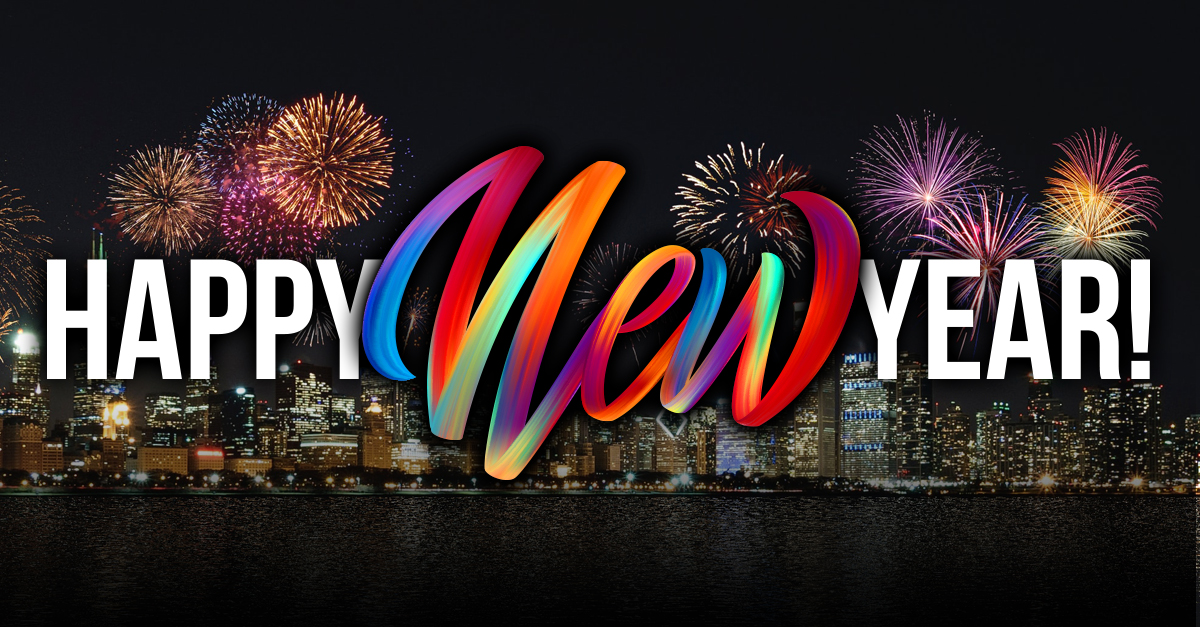 Our celebration of what’s ahead is rooted in our most ancient instincts.

At one second past midnight on January 1, the day will changed from Tuesday to Wednesday, usually a transition of no special significance. But somehow we’ve decided that this change, which will end one year and begin the next, is different. This unique tick of the clock has always prompted us both to celebrate and to step outside the day-to-day activity we’re always busy with to reflect, look back, take stock, assess how we did, and resolve to do better. Save perhaps for our birthdays, no other moment in our year gets this sort of attention.

Why does the start of the new year carry such special symbolism? And why is its celebration so common around the world, as it has been for at least as long as there have been calendars? Behavior this ubiquitous must surely be tied to something intrinsic in the human animal, something profoundly meaningful and important, given all the energy and resources we invest not just in the celebration but also in our efforts to make good on a fresh set of resolutions, even though we mostly fail to keep them. It may be that the symbolism we attach to this moment is rooted in one of the most powerful motivations of all: our motivation to survive.

The celebration part is obvious. As our birthdays do, New Year’s Day provides us the chance to celebrate having made it through another 365 days, the unit of time by which we keep chronological score of our lives. Phew! Another year over, and here we still are! Time to raise our glasses and toast our survival. (The flip side of this is represented by the year-end obituary summaries of those who didn’t make it, reassuring those of us who did.)

But what about those resolutions? Aren’t they about survival, too—living healthier, better, longer? New Year’s resolutions are examples of the universal human desire to have some control over what lies ahead, because the future is unsettlingly unknowable. Not knowing what’s to come means we don’t know what we need to know to keep ourselves safe. To counter that worrisome powerlessness, we do things to take control. We resolve to diet and exercise, to quit smoking, and to start saving. It doesn’t even matter whether we hold our resolve and make good on these promises. Committing to them, at least for a moment, gives us a feeling of more control over the uncertain days to come.

A 2007 study by British psychologist Richard Wiseman found that for many of us, what U2 sang is true: “Nothing changes on New Year’s Day.” Of 3,000 people followed for a year, 88% failed to achieve the goals of their resolutions, although 52% had been confident they would when they made them. Here’s a summary of that research, which includes some suggestions for how to make good on yours.

Interestingly, New Years resolutions also commonly include things like treating people better, making new friends, and paying off debts. It’s been so throughout history. The Babylonians would return borrowed objects. Jews seek, and offer, forgiveness. The Scots go “first footing,” visiting neighbors to wish them well. How does all this social “resolving” connect to survival? Simple: We are social animals. We have evolved to depend on others, literally, for our health and safety. Treating people well is a good way to be treated well. “Do unto others as you would have them do unto you,” it turns out, is a great survival strategy.

And many people resolve to pray more. That makes sense in terms of survival, too: Pray more and an omnipotent force is more likely to keep you safe. Jews pray at the start of their new year to be inscribed in “the Book of Life” for one more year. And though death is inescapable, throughout history humans have dealt with the fear of mortality by affiliating with religions that promise happy endings. Pray more, and death is less scary.

There are hundreds of good-luck rituals woven among New Year celebrations, also practiced in the name of exercising a little control over fate. The Dutch, for whom the circle is a symbol of success, eat donuts. Greeks bake special Vassilopitta cake with a coin inside, bestowing good luck in the coming year on whoever finds it in his or her slice. Fireworks on New Year’s Eve started in China millennia ago as a way to chase off evil spirits. The Japanese hold New Year’s Bonenkai, or “forget-the-year parties,” to bid farewell to the problems and concerns of the past year and prepare for a better new one. Disagreements and misunderstandings between people are supposed to be resolved, and grudges set aside. In a New Year’s ritual for many cultures, houses are scrubbed to sweep out the bad vibes and make room for better ones.article continues after advertisement

It’s fascinating, really, to see how common so much of this is: Fireworks. Good-luck rituals. Resolutions to give us the pretense of control over the future. Everywhere, New Year’s is a moment to consider our weaknesses and how we might reduce the vulnerabilities they pose—and to do something about the scary powerlessness that comes from thinking about the unsettling unknown of what lies ahead. As common as these shared behaviors are across both history and culture, it’s fascinating to realize that the special ways that people note this unique passage of one day into the next are probably all manifestations of the human animal’s fundamental imperative for survival.

So, how do you reassure yourself against the scariest thing the future holds, the only sure thing that lies ahead, the inescapable reality that you will someday die? Pass the donuts, the Vassilopitta and the grapes, light the fireworks, and raise a glass to toast: “To survival!”